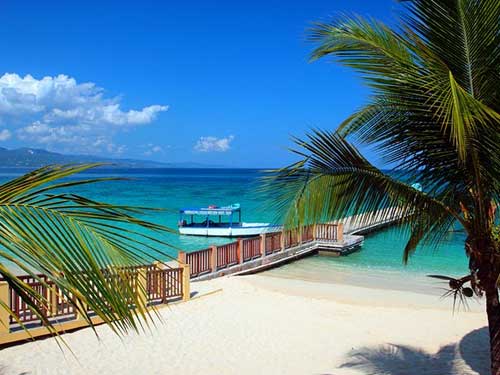 One of the best beaches in Montego Bay, Doctor’s Cave Beach is an alluring strip of white sand fringed by clear waters that helped shape the fate of this popular tourist town. In the early , a famous British osteopath declared that the water had curative powers after swimming here, a claim which began to lure visitors from around the world. Hotels sprouted up, and the area became a popular tourist destination. The cave for which the beach is named was destroyed by a hurricane in 1932, but the beach is as popular as ever and is often crowded with cruise ship passengers.

Doctors Cave Beach Club is a lot more than just a great beach. It was here that the curative nature of the waters was often recommended for those who needed that bit of tropical sun, sea sand. Doctors Cave Beach is located in the middle of Montego Bay’s “Hip Strip” Gloucester Avenue. Although many other beaches have some of the qualities of Doctor’s Cave, none have all of them. The warm Caribbean immaculately kept grounds, and clean sanitary facilities have made Doctors Cave a great choice for visitors. The Sand Restaurant and Bar provide a great variety of meals and drinks. Come and enjoy Doctors Cave beach on your next visit to Montego Bay! The beach is also a part of the Montego Bay Marine Park which has a wide variety of marine life among the coral reef.