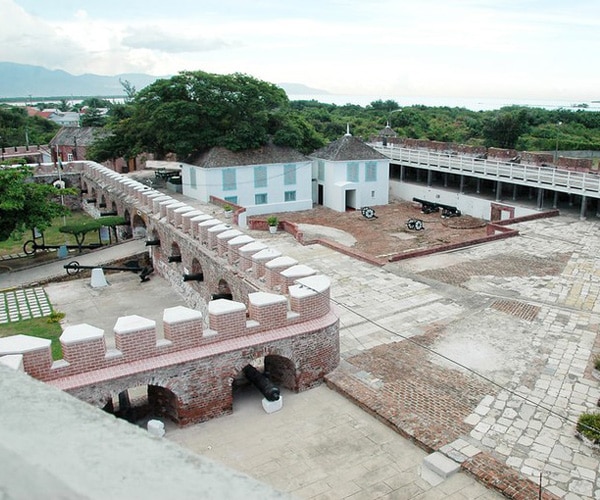 Fort Charles in the main historical attraction in Port Royal, which sits at the end of a long, narrow peninsula stretching around Kingston Harbour, just west of the airport. To get there, take Norman Manley Highway to the end of the peninsula.

Fort Charles was the first fort built in the city of Port Royal between 1650-60. The fort was built by the English, after capturing the island, to defend their new acquisition from the Spanish. Today, the setup of the lined cannons on the outside wall of the fort is still the same. There is also now a small museum located inside the fort.

Even Admiral Horatio Nelson did time as a lieutenant here during 1779. Today it houses the Fort Charles Maritime Museum, which includes a reproduction of Nelson’s quarters, among other artifacts and exhibits.

On the grounds is a former artillery storehouse now called the Giddy House because it was twisted sideways by another earthquake in 1907.